J.Crew Laughs All the Way to the Bank! 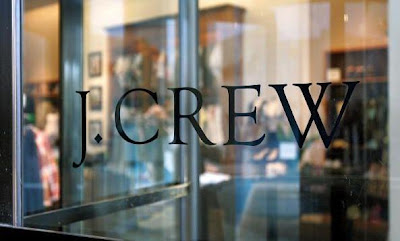 A big "thanks!" to Raina (check out her lovely "If The Lamp Shade Fits" blog) who shared the following article over at the Wall Street Journal (click here). 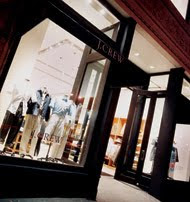 J.Crew Profit More Than Doubles
By Elizabeth Holmes
May 27, 2010

J.Crew Group Inc. doubled its profits in the first quarter on stronger full-price selling and expanded into online denim and standalone bridal shops.

The New York-based casual apparel retailer, which operates 246 full-price stores, is a darling of Wall Street because of its continually robust sales as well as its expansion potential.

"I don't see why we can't do this in every major city in America," Mr. Drexler said on a call with investors.

J.Crew weathered the recession better than many of its peers, because its highly sought-after fashion has given it a cult-like status in some fashion circles. But the popularity in certain categories, such as embellished cardigans and T-shirts, has led to several copycats from lower-priced retailers.

Mr. Drexler said the company is focused on winning market share. "It's a take-from-your-competitors business," he said.

Gross margin increased to 49%, up more than six percentage points from a year earlier. Merchandise margins were "significantly better than anticipated" the company said. The average price per item also saw a "significant" increase versus expectations.

There is also an article over at Reuters (click here to read it in its entirety) that shares some interesting points:

The company, which caters to urban professionals willing to pay extra to make subtle fashion statements, boosted its full-year earnings forecast to $2.35 to $2.45 per share from $2.20 to $2.30 per share previously.

Dayum! J.Crew is performing uber-well. Which is great news for stock-holders. I am delightfully surprised how well they are doing too, considering how many other retailers (like Ann Taylor Loft) are offering similar styles (with greater sales & promotions than J.Crew too!)

As a consumer I am a bit sad to see less & less markdowns and promotions. ;) At the end of the day, J.Crew has its fans (or fanatics in my case) who won't shop anywhere else! Incidentally, I like to think the JCA Blogaversary/ BIRTHDAY code helped boost J.Crew's profits a tiny bit. :)

How incredible is it, that appointments for J.Crew's new Bridal Boutique is already booked up through July!?!

Would you consider purchasing J.Crew stock? Do you think J.Crew will continue to perform well in its next quarter? :)
Posted by Alexis {J.Crew Aficionada} at 12:10 AM