"Thanks!" to RatsOnParade (in this post) who shared an interesting article from the WSJ (click here) about Back-To-School (already?) sales, with an interesting quote about J.Crew. 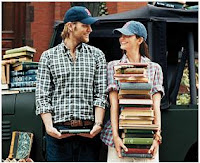 Retailers that spent the last six months slashing inventories are now anxiously awaiting the back-to-school shopping season for clues that customers aren't turned off by the slim selections in stores.

Worried about getting stuck with products that recession-wracked shoppers won't buy, some chains have cut stocks by as much as 20% compared to prior years' levels. They may continue to empty their shelves if back-to-school sales are slow -- raising the possibility of another dreary Christmas. ...

"If consumers don't spend money on their children during the back-to-school season, you can bet there won't be good holidays," said Paul Bingham, managing director of global commerce and transportation for IHS Global Insight, an economic forecasting and analysis firm.

Many retailers place their Christmas holiday orders during the summer and early fall, making back-to-school sales an important indicator of consumer sentiment. Mr. Bingham said the bulk of holiday purchases from Asian manufacturers arrive in the U.S. by October, leaving little room for error.

U.S. back-to-school spending is expected to hit $38.3 billion, up 0.6% from 2008, according to an estimate by the International Council of Shopping Centers. That would be a slight improvement from last year, when sales were flat compared to 2007.

Mr. Bingham expects retailers will remain very cautious, not buying much merchandise on speculation even as the recession lifts because consumers' appetite and ability to spend will continue to be hampered.

Retailers said they would rather run the risk of running out of merchandise than suffer mark downs to move excess goods. The last thing they want is a repeat of last Christmas, when a sudden fall-off in consumer spending left them with mountains of merchandise they were forced to discount, leading to sharp drops in profits. 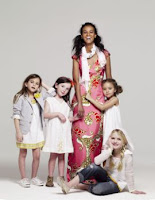 "It's better to sell out right now than to have to mark down," said Jenna Lyons, J.Crew Group's creative director.

... Some retailers say the lean inventories may remain regardless of the summer's results. Gap Inc. has been tightening its inventory -- on a mandate from Chief Executive Glenn Murphy -- since 2007. The San Francisco casual-apparel company reduced inventory 10% for the first quarter of this year and projected double-digit declines for the second quarter.

Mr. Murphy said that merchandise orders in the past have reflected the optimism of merchants rather than the reality of consumers. "Everybody gets excited, and then the inventory team buys into the optimism," he said this month. "Our inventory management now is strictly based on facts."

Other retailers are becoming more precise in setting inventory levels. Target Corp., for instance, has begun to tailor its stocks to the rate of sales at individual stores, instead of stocking the same amount of merchandise in every store.

Cost saving measures such as inventory cuts have helped preserve the Minneapolis retailer's gross profit margins. "Inventory management continues to be a major focus for Target," a spokeswoman said. All this hesitation, however, may mean that come Christmas, retailers could be scrambling. Todd Slater, an analyst at Lazard Capital Markets, expects retailers to be "chasing inventory, rather than trying to buy upfront" for the holidays.

The quote from J.Crew's Jenna Lyon's seems to reflect what J.Crew has been doing in the past few months, which is to reduce inventory levels. Aficionadas not only have seen new arrivals selling out in a few days, but have mentioned that J.Crew is eliminating sizes (refer to "The Latest On J.Crew Sizes {for now anyways} ;)" post).

What are your thoughts on the article? Do you disagree or agree with J.Crew's inventory strategy, as mentioned by Jenna Lyons? What do you think J.Crew should do?