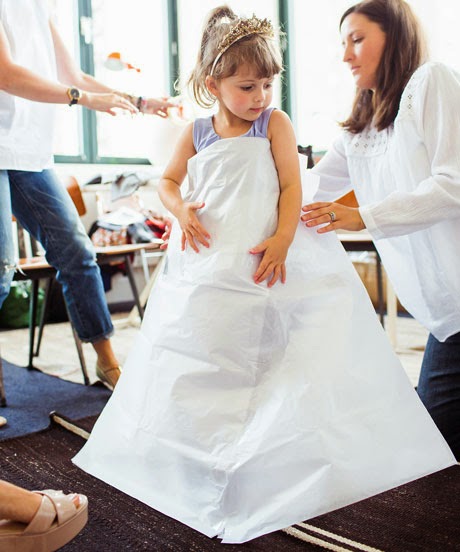 "Thanks!" to many of you, including Katie, as well as Suzy (in this post) and JSR (in this post) who gave us a heads up about J.Crew's most recent earnings report. The following from Refinery29 (click here to read in its entirety) sums up their newest hire:

Though she be but little, Mayhem is fierce. The 4-year-old already has her own sartorial pseudonym, and now, she can add an unbelievably adorable Crewcuts collab to her resume.

We first met the budding Ohio fashion designer back in February when the world swooned over her handmade creations. Working primarily with paper, tissue, tape, and this holiday season, gift wrap and glittery garlands, Mayhem would slay a Project Runway unconventional-material challenge. With the help of her “assistant paper dress maker,” otherwise known as Mom, Mayhem was able to live out her stylish fantasies, whether it was remaking their versions of the red carpet’s most talked about gowns, or simply constructing original styles.

Between the mother-daughter duo’s blog, Instagram, and rave reviews from the press, J.Crew just happened to find its next collaborator. “When we met with Mayhem for the first time we were really curious to see how she would work and were amazed to watch this barely 4-year-old girl start meticulously folding the pleats on a skirt and placing stones very specifically and carefully on a top she had just fashioned around herself,” Jenny Cooper, head of Crewcuts design, said. “She has such an inventive and creative personality that really resonated with us.”

This spring, Fashion by Mayhem for Crewcuts will debut in a nine-piece capsule collection — not too shabby for someone who's yet to graduate elementary school — with items starting at $22.50. Jewels, pom-poms, and tassels give the clothing an appropriately whimsical feel that’s sure to win over her peers, just as they did Jenna Lyons. While it’s obvious that this crafty kid is having the time of her life, the goal is ultimately to inspire other young designers (and their DIY-pro parents) to take their visions to the next level, too. Click on to see a first peek at the lineup, and the mini visionary testing out her designs’ twirl capabilities. (Spoiler alert: They're impressive.)

"Thanks!" to Katie, who shared the following as well: 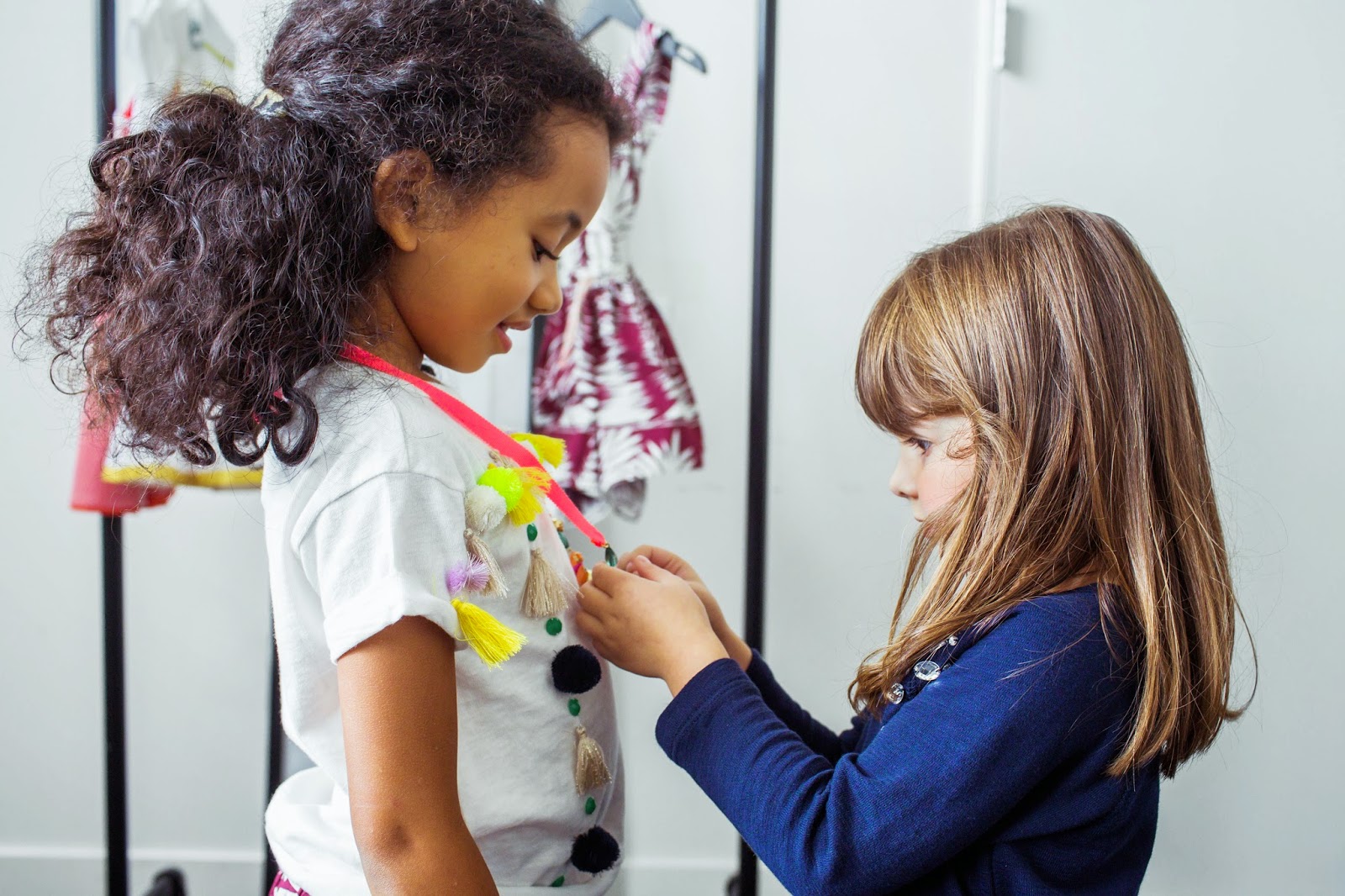 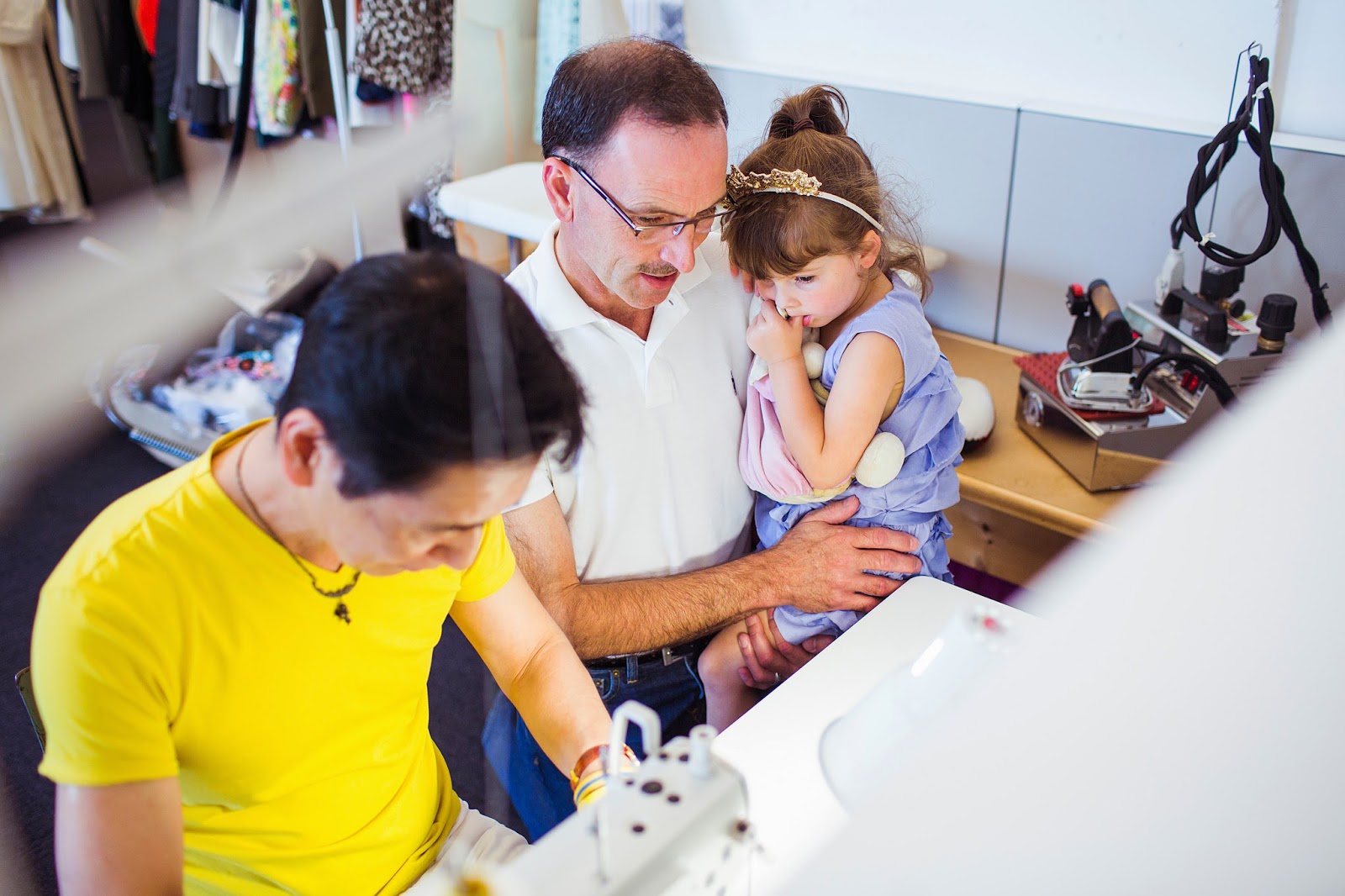 ... excited to announce our partnership with Fashion by Mayhem (http://www.fashionbymayhem.com/) launching this spring at Crewcuts, for J.Crew's youngest fans.

Mayhem became an internet sensation earlier this year after recreating red carpet looks from the Oscars and the Met Ball using construction paper and colorful tape from her home in Ohio.  This 4 year old little girl and designer has created a 9 piece collection which will be available later this spring.

We are so amazed and inspired by her creativity, and we're thrilled to be bringing her designs to our crewcuts customers and hopefully inspiring them too!  All of the items are under $100 (starting at at $22.50) and the whimsical collection includes clothing as well as shoes and accessories.

Jenny Cooper, Head of Crewcuts Design:
"When we met with Mayhem for the first time we were really curious to see how she would work and were amazed to watch this barely 4 year old girl start meticulously folding the pleats on a skirt and placing stones very specifically and carefully on a top she had just fashioned around herself.  She has such an inventive and creative personality that really resonated with us. It was great to have a truly creative child be at the heart of the design process. "

First and foremost, the 4 year old is adorable! I remember reading about the mother/daughter blog awhile back and thought the mother was most creative. It will be interesting to see what they do for the Crewcuts line.

What are your thoughts on this latest collaboration? Are you excited to see what pieces are put together for the collection?
Posted by Alexis {J.Crew Aficionada} at 12:16 PM