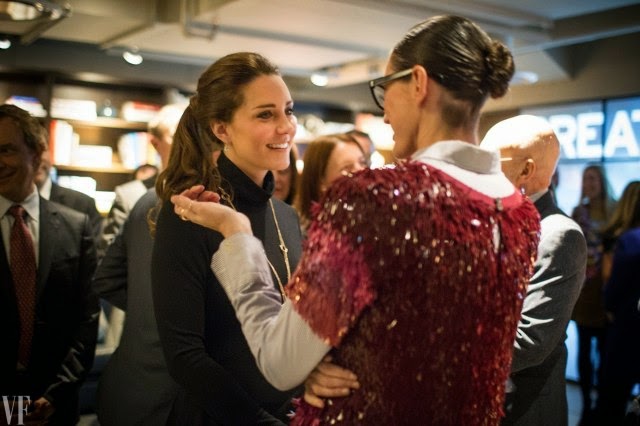 A big "thanks!" to traderscoobies, Gina, as well as WellFedFred (in this post) who shared the exciting news about J.Crew's Jenna Lyons meeting Duchess Kate. The following is from Vanity Fair (click here to read in its entirety):

After a busy morning, which included a visit to the 9/11 Memorial and the new 1 World Trade Center building, the Duke and Duchess of Cambridge made their way to Gramercy shortly after one P.M. for the Creativity is GREAT reception at private workspace NeueHouse. The couple mingled for about 30 minutes with around 80 different members of the British creative and art industries, including Harvey Weinstein and Georgina Chapman, Sir Patrick Stewart, and Jenna Lyons, while munching on fare including scotch egg bites, pea-soup shooters, and salmon gravlax on cucumber.

...Lyons, the J. Crew creative director, who chatted with Kate briefly during the reception, told us she was elated to have met the Duchess. “My father’s British so I grew up going to England every summer and sometimes for Christmas,” she said. “I will say, it feels very powerful [meeting Kate]. I can imagine for her, she’s just a normal person—but it doesn’t feel like that to me. She’s, in essence, a true version of a princess. She’s lovely, gracious. It was incredibly exciting.”

Lyons said that the two of them talked “for two seconds” about Kate meeting Beyoncé and Jay Z at the Barclays Center last night. When asked if Kate had ever worn J. Crew before, Lyons looked like she might explode with glee. “Believe it or not, I was told she wore J. Crew jeans last night to the game,” she said. “I was so excited. You couldn’t tell, but that’s okay. At least I know that fact.”

Very cool to hear that the Duchess, who has impeccable style, wore J.Crew jeans. How exciting, indeed! 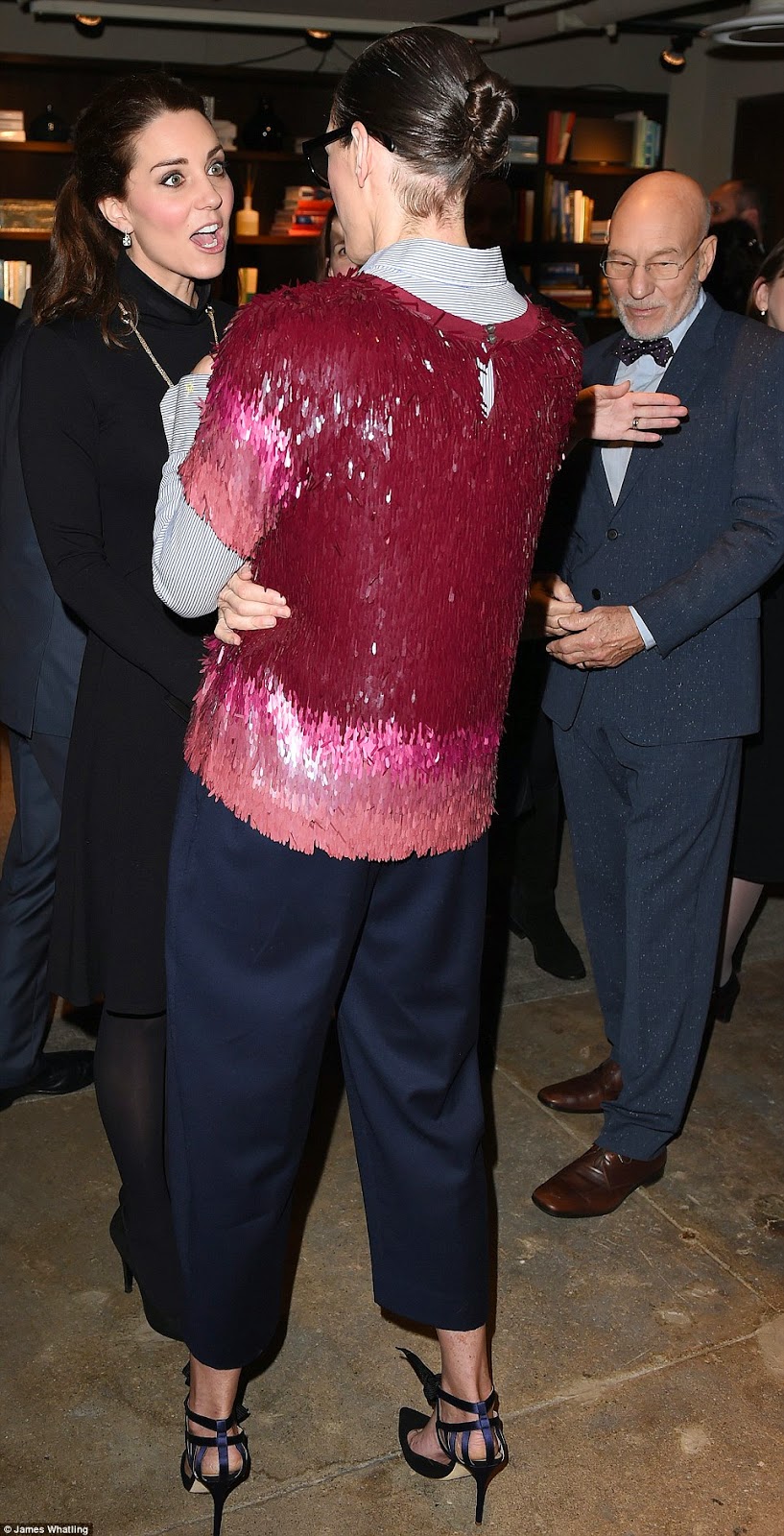 On a different note, what is Jenna wearing?!? The image above (from here) shows her entire outfit. Personally, I think it looks like a hot mess. More importantly though, I want to know what Captain Jean-Luc Picard (aka Patrick Stewart) thinks about her outfit. ;)

What are your thoughts on the article? Agree or disagree with Jenna's choice of outfit? If so, please share! :)
Posted by Alexis {J.Crew Aficionada} at 12:25 AM