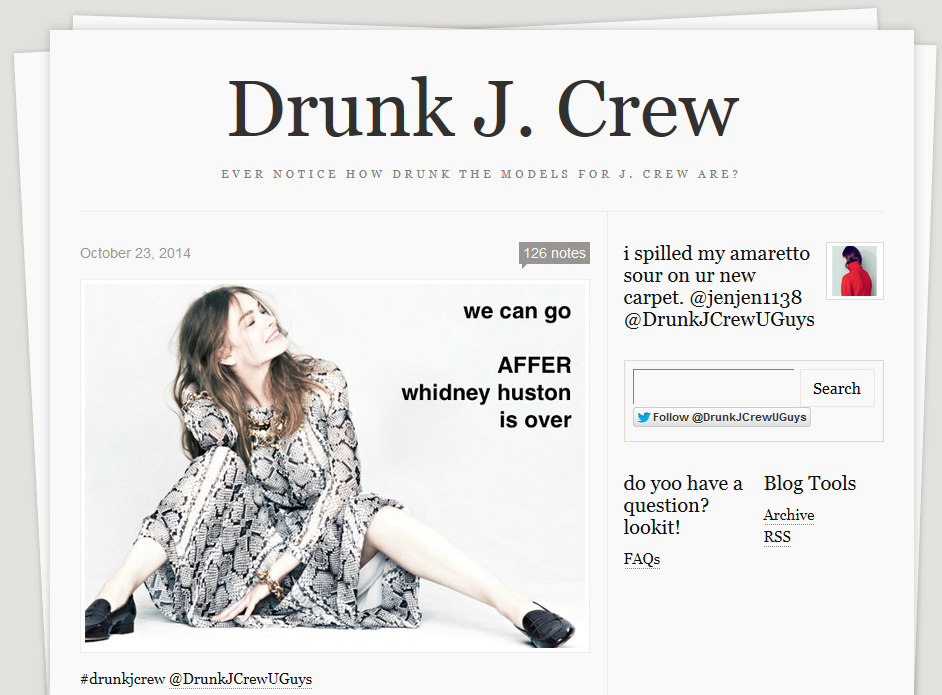 According to the Daily Mail (click here to read in its entirety): 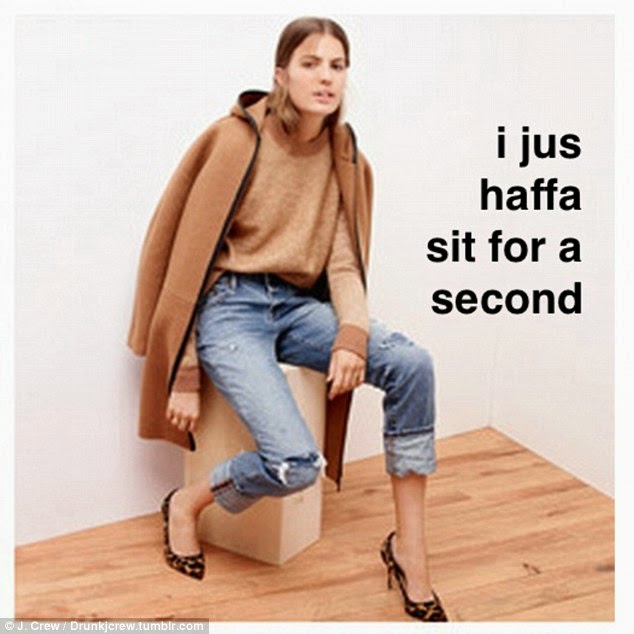 Had one too many, girls? New Tumblr blog pokes fun at J.Crew catalog - in which the 'edgy' models look drunk
October 17, 2014

An amusing Tumblr blog which pokes fun at J.Crew's current catalog shots has emerged, using real promotional photos in which all the models appear to be drunk.

Drunk J.Crew was created this week and displays ten photos taken from the retailer's website, with added misspelled captions that speak to the models' vacant, slack-jacked expressions.

'i jus haffa sit down for a second,' reads one, depicting a model who may have been going for 'disheveled chic' but looks more as if she's knocked back one too many strawpedos.

The Tumblr - brainchild of writer and actress Jen Ellison, based in Chicago - features other gems such as: 'Guys for real now it is burrito time,' and 'ono I drobbed it my gum.' ...

Too funny! J.Crew's catalogs, er um "Style Guides", are definitely perfect to add some additional {humorous} commentary. How many times have JCAs questioned a pose, open mouth, or vacant stare?! ;)